With Easter just a few days away, on Monday came the news of a fire breaking out at the world-famous Notre-Dame Cathedral, one of the most sought-after tourist attractions in Paris. It took more than 500 firefighters several hours to contain the burning and collapse in Paris. However, much of the monument was already lost before the flames could be put out. Notre-Dame Cathedral fire in Paris destroyed the iconic spire which was majorly made of wood. The roof of the building also gave up to the blaze. 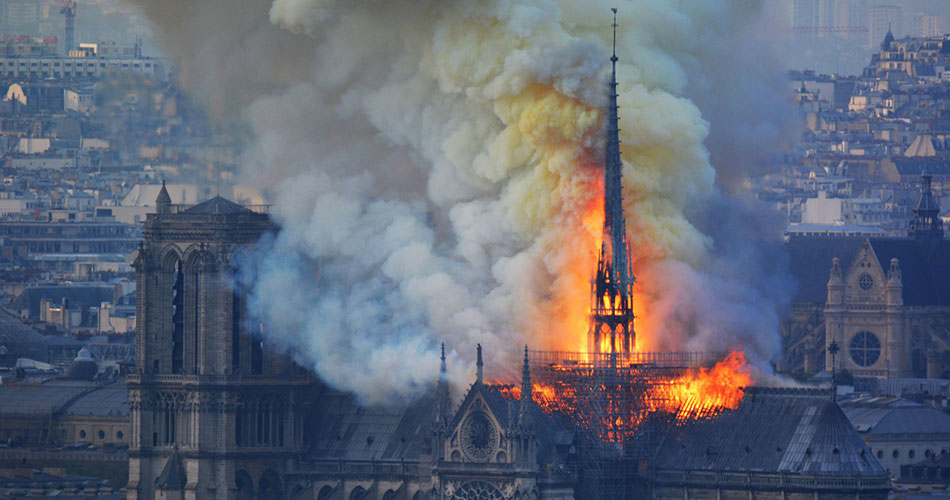 With this, the dreams of many travellers of travelling to the French capital and marvelling at the splendid interiors of this magnificent monument also seem to have gone up in flames. It was not just one of the most beautiful places in Paris engulfed in flames, but the history, heritage and culture of France that has been severely damaged due to the arson. For centuries, Notre-Dame Cathedral has been a symbol of faith, religion and culture in France and now there is a big question mark on whether the Notre-Dame Church will continue to be it.

Learn about what makes Notre-Dame Cathedral so special

Notre-Dame Cathedral is among the most frequented places to visit in Paris or France but in the world. More than 13 million people visit the revered shrine every year, which is almost twice as much as the world-famous Eiffel Tower which also graces the cityscape of Paris. It is not just devotees that throng the shrine, but a vast number of vacationers also frequent the historical monument in Paris for its architectural beauty. 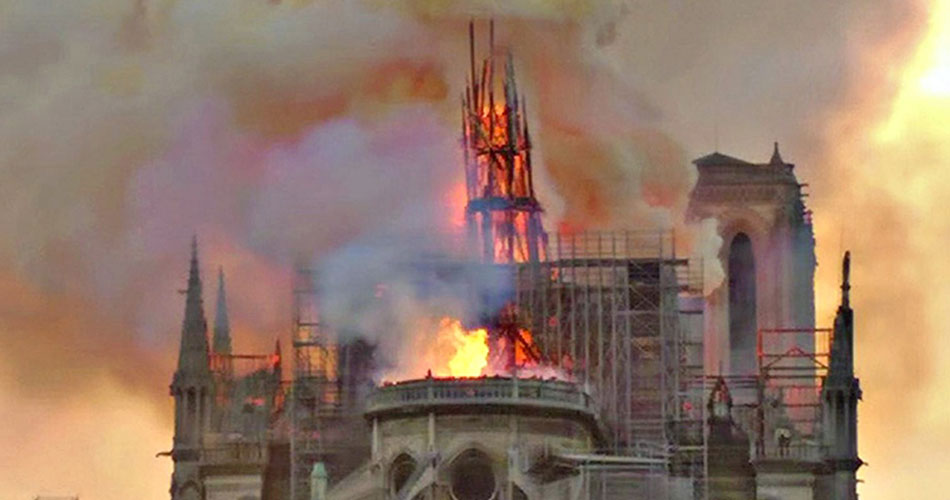 As much as the place is intriguing, so is Notre-Dame Cathedral history which compels history buffs to make flight ticket booking for Paris. The foundation of the monument was laid back in 1163 by none other than Alexander III. It stands where two previous churches once stood. In ancient times, a Gallo-Roman temple was dedicated to the Roman God Jupiter. Witnessing its sheer grandeur, one cannot be surprised that it took decades or even more than a century to bring the Notre-Dame Church to glory.

Over the centuries, several restorations have taken place. Amongst the most significant of these was in the 19th century led by the renowned French architect and author, Eugène-Emmanuel Viollet-le-Duc. What you see today is an amalgamation of restorations and additions that have taken place over the past eight centuries. 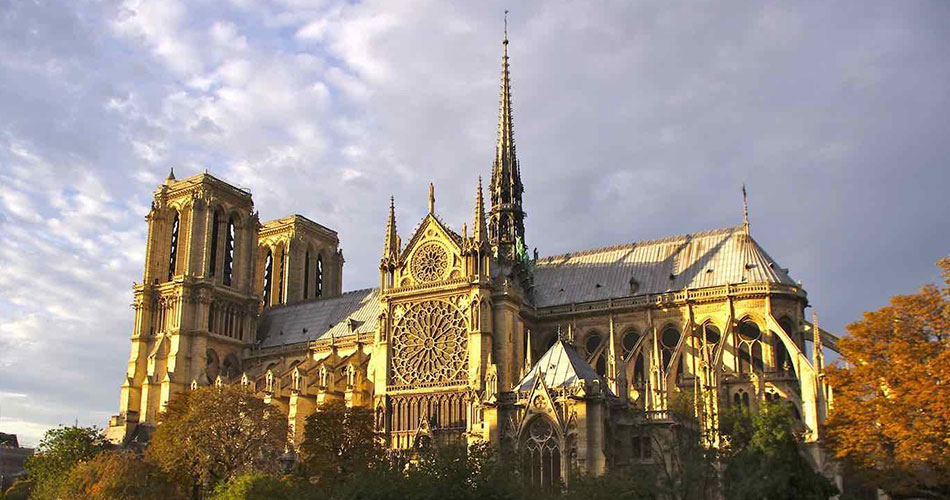 Luckily, much was saved from the Notre-Dame Cathedral fire. The statues that graced the exteriors of the monument survived the fire and so did numerous other priceless artefacts, including the Crown of Thrones which is believed by many to be the relic of the passion of Christ. Fire Fighters also did a tremendous job in containing the fire before it got to other relics at Notre-Dame Church. A priceless assortment could have been lost if it was not contained in time.

The French President, Emmanuel Macron has pledged that he will leave no stone unturned in bringing back one of the most iconic landmarks in Paris (Notre Dame) to its previous glory. An international fund-raising has also been initiated to help in the process. Several global leaders the likes of Donald Trump and Angela Markel have shown support towards France in the aftermath of this catastrophe. 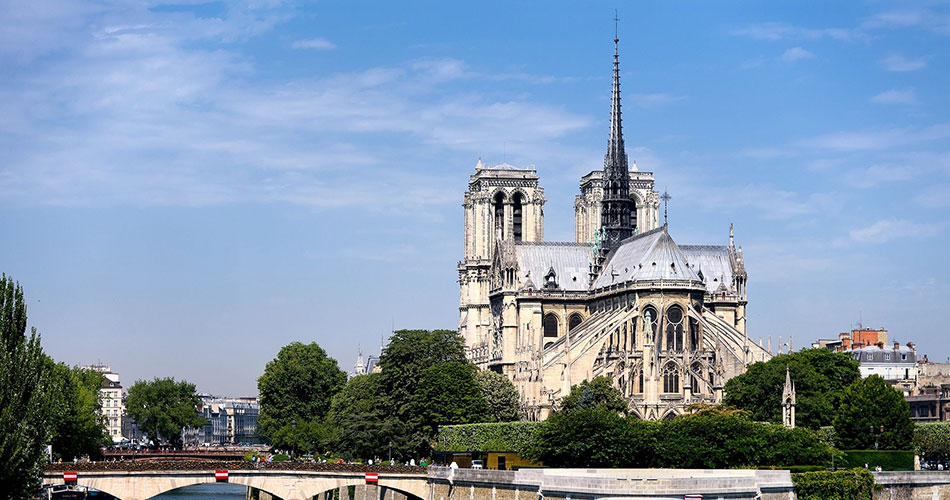 Nobody knows the fate of Notre-Dame Cathedral in Paris after this disaster and whether we will be able to lay our eyes on this wonder ever again. However, do not dampen your spirits as the world is full of other cultural and natural wonders that are awaiting your arrival. Grab the lowest airfare and cheap hotel booking offers by HappyEasyGo and explore all of these.

Previous Post: 11 Quotes that will urge you to pack your bags and set forth on an adventure
Next Post: Hacks that will help you find the lowest hotel booking prices