There are numerous ideal weekend getaways that Delhi offers, to move away from the humdrum of the noisy city life, and the scorching heat! The picturesque views of the arresting mountains of high altitudes, the lush greenery of the forests with long strolls, and captivating waterfalls are a few of the things that these getaways have to offer. Here’s a list of some of the top hill-stations to visit near Delhi. The capital of the state of Uttarakhand, Dehradun, is situated at an altitude of about 650 metres above sea level. Abundant greenery, mist-laden hills and a rich culture welcome you to this picture-postcard destination. It is widely believed that Lord Rama and Lakshmana did penance here after killing Ravana. 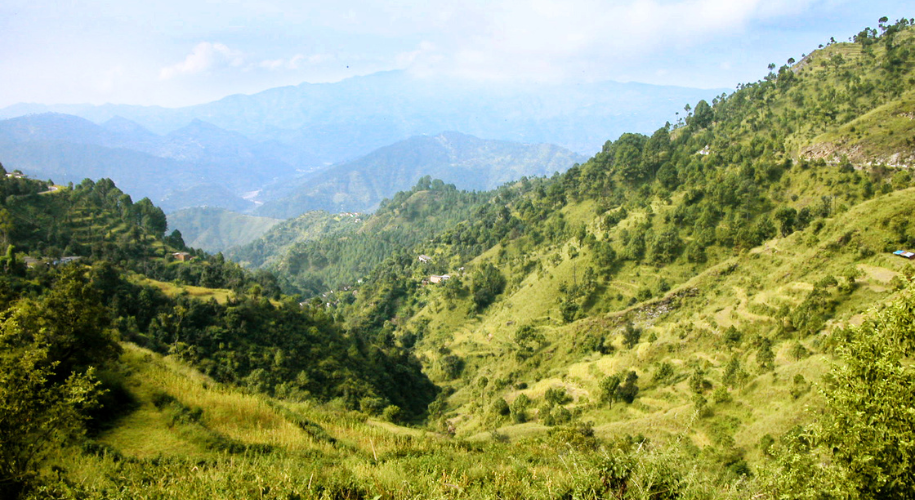 One of the closest hill stations to Delhi, Lansdowne is another great option for you to spend a relaxing weekend away from the noise. Salubrious weather, misty mountains, lush greenery, crisp air; Lansdowne has everything one seeks for a hill station vacay. You can also explore the numerous sightseeing places in and around Lansdowne. 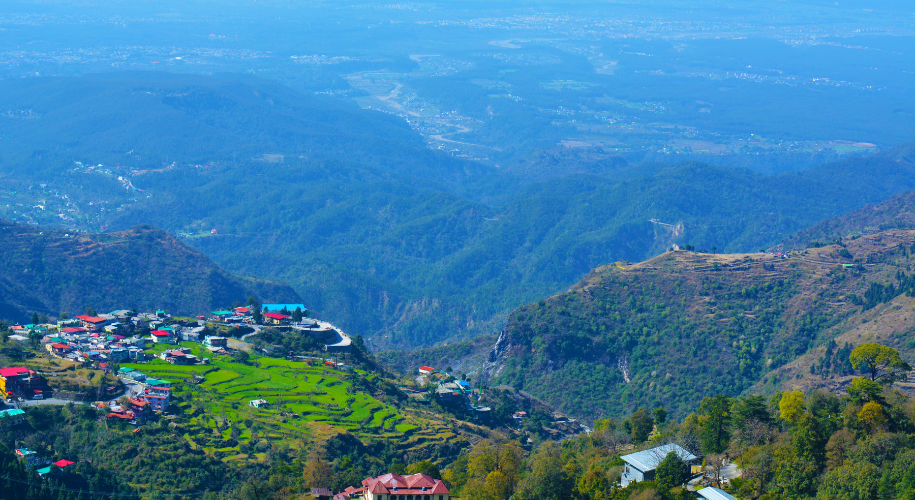 Among the popular hill stations around Delhi, Mussoorie needs no introduction. It is perched at an elevation of about 2000 metres in Uttarakhand. A glimpse of the picturesque hill station will make you understand why it is among the most frequented holiday destinations in the state. 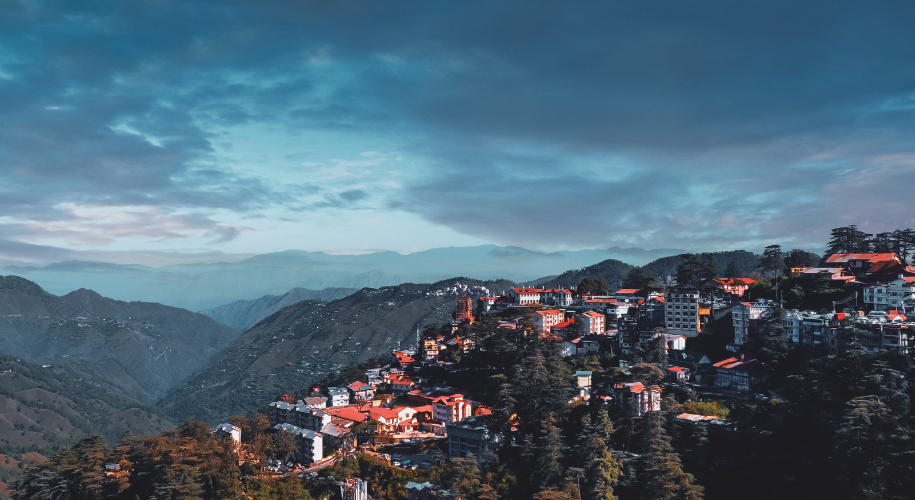 About 60 km ahead of Chandigarh, Kasauli is a small town that is home to colonial-era structures and lush orchards. It is a great pick to breathe in the crisp Himalayan air without going too far from the national capital. Apart from its proximity, the other thing that makes it one of the south-after weekend getaways from Delhi is the magnificent vistas of nature. Book flight tickets to Chandigarh and travel to Kasauli by cab.

Top Hill Stations near Delhi between 300 km and 400 km 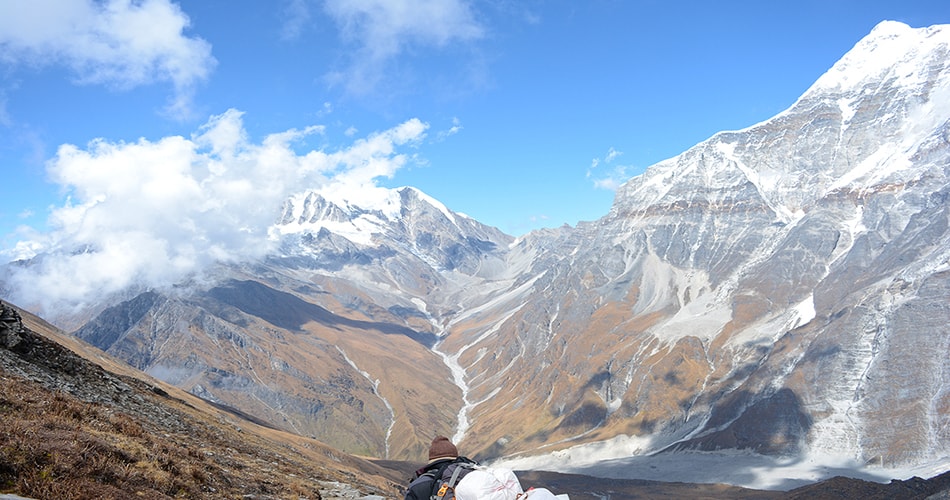 The Himalayan resort town of Nainital, named after the magnificent waterbody in its heart, is a gem in the crown of Uttarakhand. Nestled at an elevation of approximately 2000 metres, it experiences salubrious weather during the summer season, with an average temperature hovering around 18 degrees Celsius. The average temperature during January, the coldest month, is around bone-chilling 5 degrees Celsius. 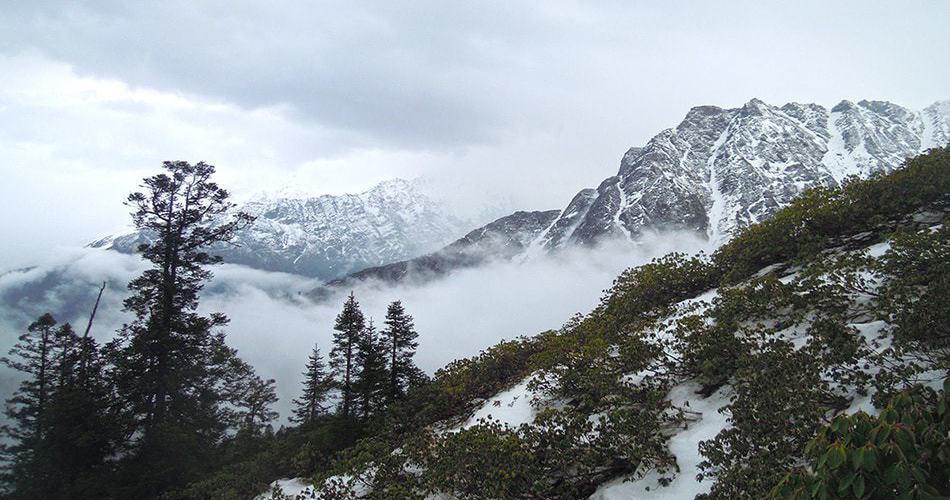 The capital of Himachal Pradesh, Shimla is a heaven for nature lovers. It greets you with vistas of soaring peaks and refreshing weather that revitalises your body and mind. Adding to the allure is the colonial heritage of this erstwhile capital of British India. During the winter, a thick blanket of snow covers the entire city and its surroundings, making it one of the coldest hill stations near Delhi. 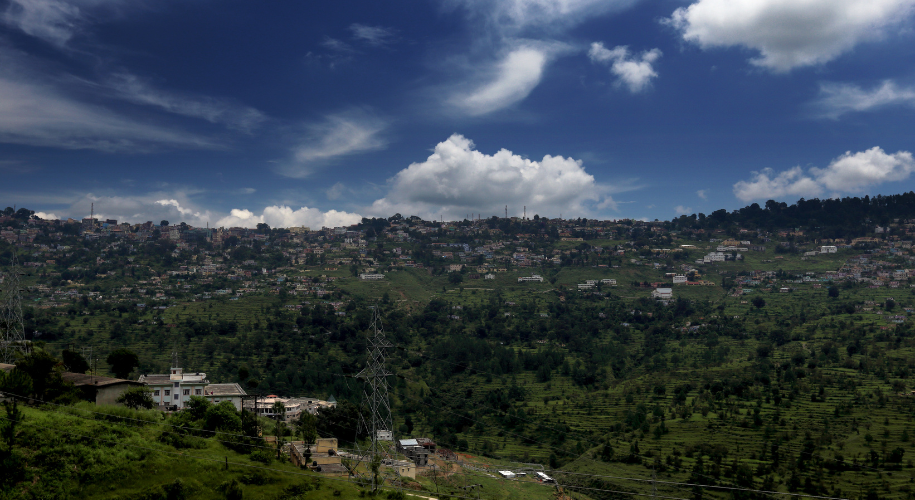 Although not as popular as some other names on this list of best hill stations near Delhi, Almora is a great choice for those who seek solitude and tranquillity. This small town is perched at an altitude of about 1600 metres in Uttarakhand. Thus, you get to behold awe-inspiring vistas of mountains and enjoy soothing Himalayan weather during your trip.

The Himalayan ski resort of Auli is another gem in the crown of Uttarakhand. It is surrounded by sky-piercing peaks clad with snow. The winter season is the best time to plan a trip to Auli as this is when you will find this paradise even more appealing enveloped by snow. It is also one of the best places in India to experience snowfall.

Other Top Hill Stations near Delhi 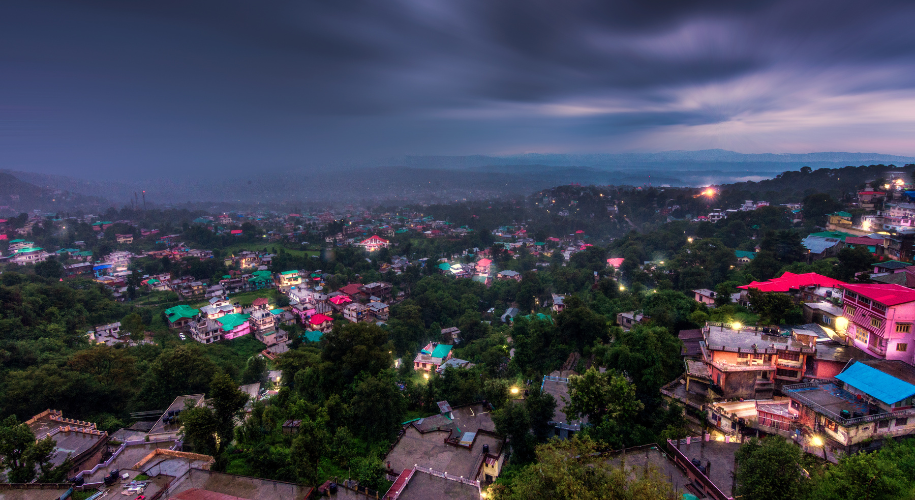 Head over to Dharamshala to capture the beauty of the Himalayas. Owing to its Buddhist population, it has been nicknamed “Little Lhasa of India.” This is where his Holiness Dalai Lama resides. Not too far from it is another well-known hill station in Himachal Pradesh, McLeodganj. Explore two magnificent hill stations near Delhi in one trip. Head over to Dharamshala and McLeodganj today. 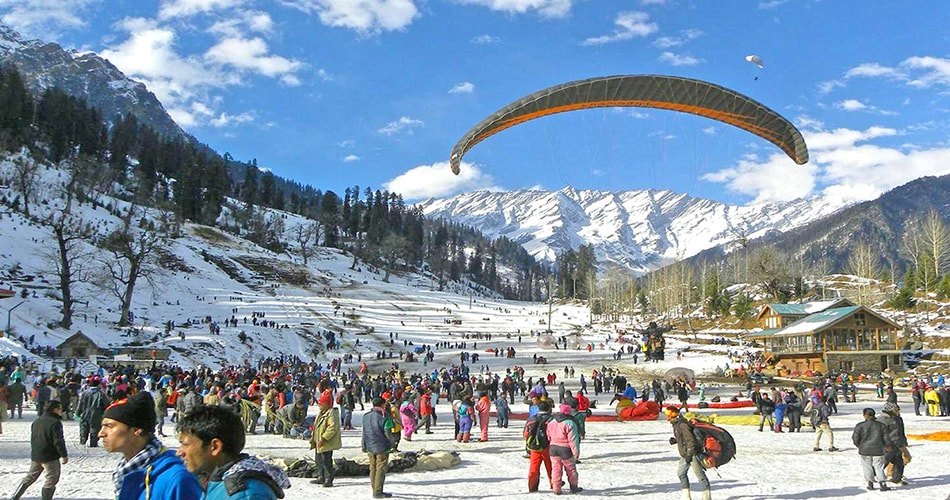 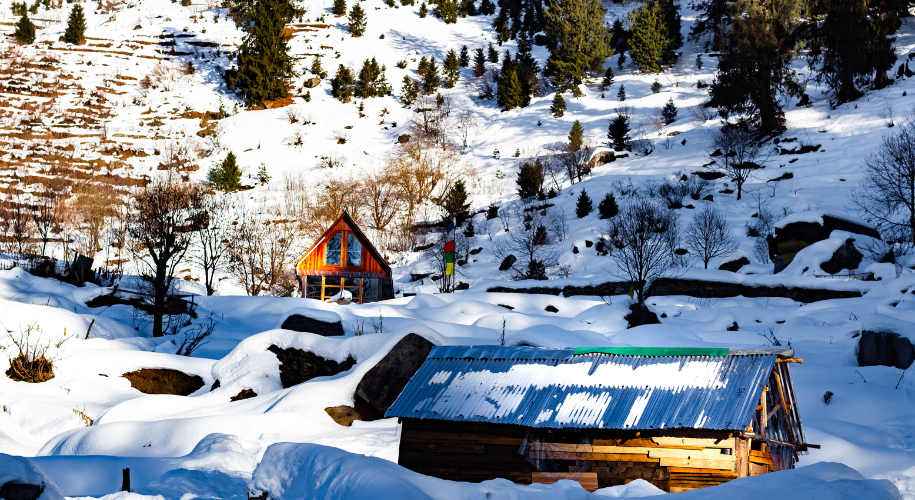 Dalhousie is another awe-inspiring hill station near Delhi where you can enjoy fresh air, mountainous sceneries and sprawling greenery. It was established by the British in the 1800s. The colonial legacy of the hill station has left it with numerous monuments can visit during your trip. 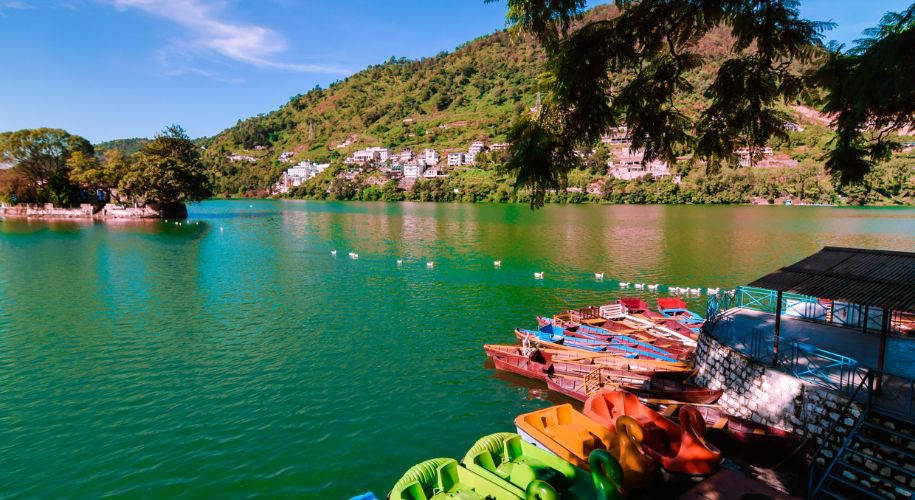 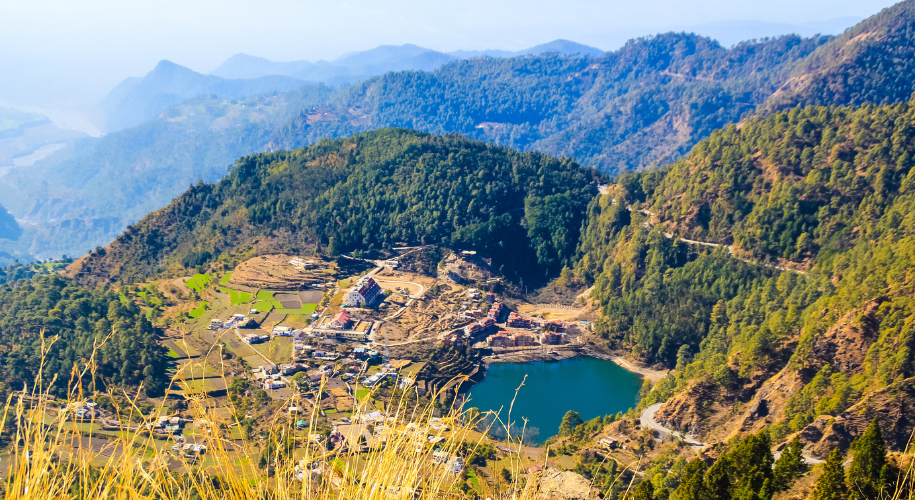 Would you like to be surrounded by glistening lakes? Then go to Sattal, which means “Seven Lakes” in English. This beautiful site, located roughly 4500 feet above sea level, is surrounded by pine trees with a distinct aroma. Birds such as parrots, woodpeckers, pheasants, and thrushes frequent the waterbody and its surroundings, in addition to globetrotters. This is among the unexplored hill stations near Delhi. 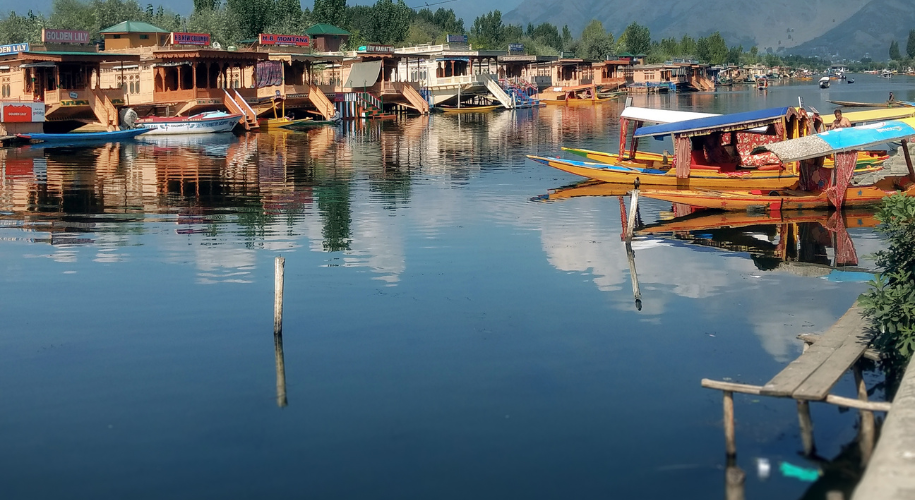 Although it is more than 800 km away from the capital of Kashmir, Srinagar is undeniably one of the much-loved hill stations in all of India. It is one of the most beautiful places you can find in the country which is not an exaggeration. The stunning Dal Lake at its centre is the biggest draw of the hill station. Impressive Mughal Gardens also dot the map of Srinagar. Travel from Delhi to Srinagar by flight to save money. HappyEasyGo offers you the lowest airfares in India to make your dreams come true.

Do not wait. Plan a holiday today and head over to one of these amazing places.