Vijay Stambh or the Tower of Victory can rightly be counted among the lesser-known monuments in Rajasthan as it has not received the attention that it deserves. One look of it is enough to evoke an awe from an observer. The Vijay Stambh history is quite intriguing in itself. The pride of Chittorgarh or Chittor Fort, the structure was built between 1442 and 1449 in honour of Rana Kumbha’s victory over Mahmud Khalji. The nine-storey tower soaring to a height of over 35 metres is undeniably among the most famous features of Chittorgarh Fort, if not the most famed. 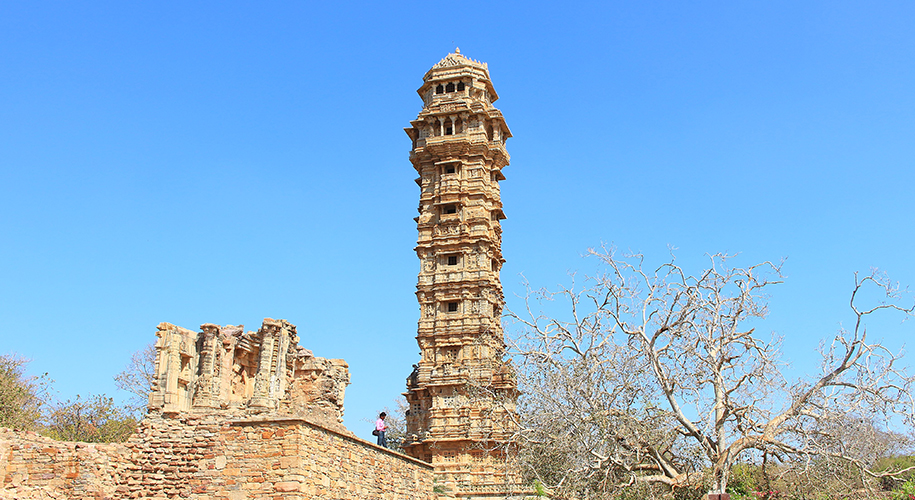 The nine-meter wide tower is built on a 14-meter wide square platform. It is made of red sandstone and some white marble has also been used in the construction. The monument is covered with intricately carved with figures of Hindu deities. Its uppermost storey features slabs that are inscribed with the genealogy of the rulers of Chittorgarh. The Tower of Victory is truly a sight to behold. Each storey of the building has its distinct openings and balconies. Among the other noteworthy features are the 157 steps that lead to the terrace of the tower. Spectacular views of the region can be captured from the top. However, its access is not available to the public.

The area around Vijay Stambh is also dotted with several magnificent monuments. Among these is Samiddhesvara Temple, which is dedicated to Shiva, Brahma and Vishnu. Kirti Stambh, the inspiration behind Vijay Stambh, is another admired feature of the fortress. This 22-metre tall tower was built by a Jain merchant named Jeeja Bhagerwala between 1179 and 1191 to celebrate the glory of Jainism. 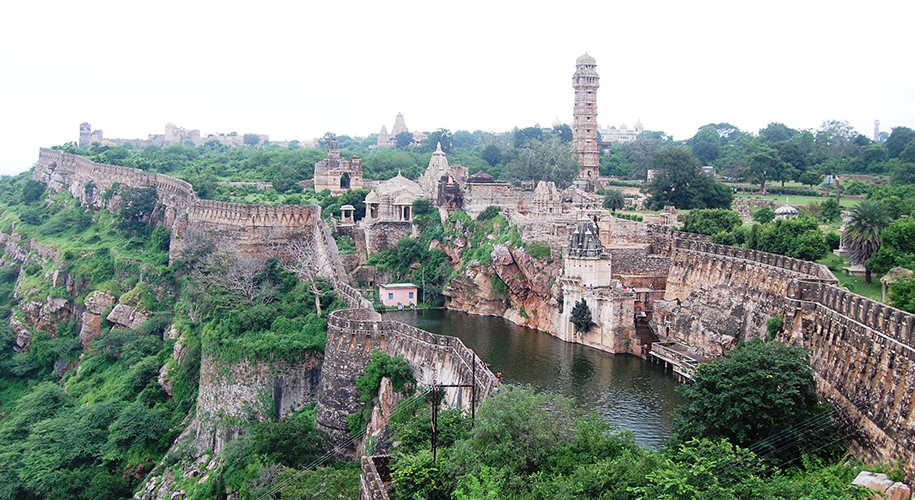 Chittorgarh Fort, situated about 115 km east of Udaipur, is among the largest fortresses in India. It is a symbol of the gallantry and honour of the Rajput kings. Constructed in the 7th century, it served as the capital of the Mewar Kingdom for several years. Although in ruins now, the magnificent architecture and intriguing history of the monument has also earned it a place on the UNESCO World Heritage Site list.

The fort complex is home to a number of palaces and other monuments including Rana Kumbha Palace, Rani Padmini’s Palace and Fateh Prakash Palace, as well as several temples. Among the many iconic edifices within Chittorgarh Fort is the Tower of Victory. Several rulers of different dynasties tried to capture the fort for its unparalleled charm. This is also where Raani Padmavati practised Jauhar after the defeat of king Ratnasimha at the hands of Alauddin Khilji.

Whether you are a history buff or simply enjoy behold marvellous monuments and delving into the rich history of India, Victory Tower in Rajasthan is a must-visit for you. Plan a trip today and book your flight tickets and hotel rooms on HappyEasyGo for the biggest savings

Check out the best heritage hotels in Rajasthan.