Among the best places to visit in Mumbai, the Kanheri Caves offers a rejuvenating break from the noisy, metropolitan life. Situated in the Sanjay Gandhi National Park at Borivali, the Kanheri Gufas are also called the ‘lungs of Mumbai’, as it is the only place in the city with maximum greenery and a lot of fresh air. Book your cheap flights to Mumbai to witness these groups of rock-cut monuments formed in the shape of caves. The place is famous for its natural Basalt formations, ancient architecture, and 109 special entrances. The verdant greenery of the hills enveloping Kanheri Caves can be accessed via a series of rock-cut steps. 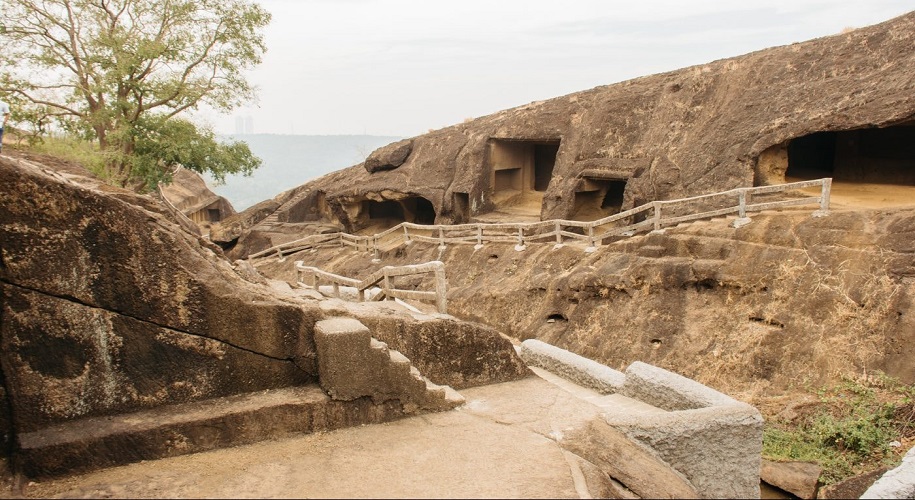 The word Kanheri comes from the Sanskrit term ‘Krishnagiri’ (Krishna means black, and Giri means mountains). These majestic caves date back to the 1st century to 10th century BC and are the oldest cave formations in India. The Kanheri Caves architecture boasts ancient sculptures, carvings, paintings and inscriptions illustrating Buddhist influence, dating back to ancient times. Grab cheap hotel booking in Mumbai and visit these renowned caves, which are unlike the other caves as they are adorned with a ‘splinth’ or a rock bed.

Some More Facts about Kanheri Caves 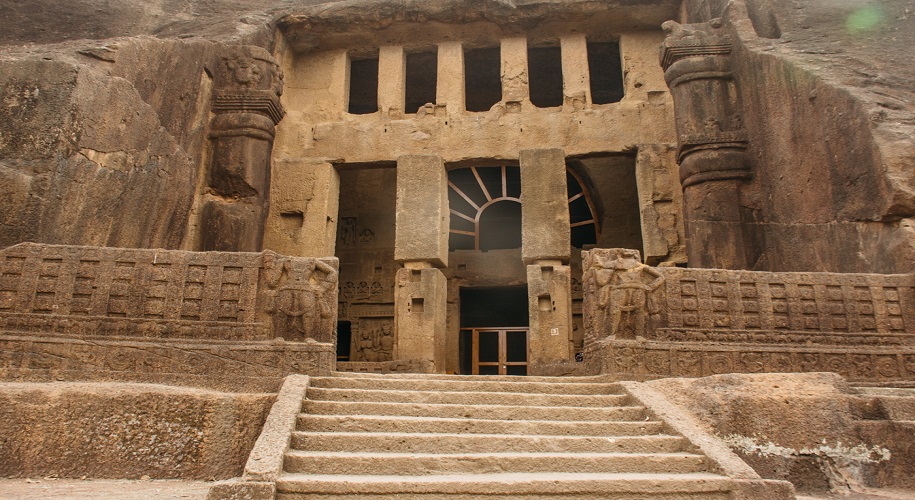 In addition to these jaw-dropping caves, a congregation hall, Buddhist stupas, intricately carved pillars, and ingenious water channels carved of stone are other exciting things to witness and marvel at here. These rock-cut caves hold a fascinating collection of around 51 legible inscriptions and 26 epigraphs which include inscriptions in Brahmi, 3 Pahlavi and Devanagari. The caves became distinctive Buddhist Virahas for worship, study and meditation.

Most parts of these breathtaking caves had stone platforms instead of beds. The larger caves among these were called the Chaityagrahas and were treated as halls for worship and religious congregations during the ancient era. These halls are made rectangular in shape and decorated with stone pillars, which have their own unique construction style, and hold no similarity. The Grahas are divided by a row of 34 pillars that are beautifully decorated with Buddha and the Bodhisattvas carvings.
As you head out of the Chaityagraha, you enter into a large front porch which can be witnessed and compared to a verandah. The Chaityagrahas and the Viharas boast sculptures and carvings related to Buddhism. The pillars, roofs and walls here are ornamented with these Buddhist carvings. The most significant figure in the Kanheri Caves is the Avalokiteshvara, who is a bodhisattva representing love and compassion for all. Another inscription in the caves depicts the Satavahana ruler Vashishtiputra Satakarni’s wedding to the daughter of Rudradaman I.

Previous Post: Famous Shopping Malls in Hyderabad to Visit with Family and Friends
Next Post: The Chitrakoot Waterfalls: Here’s all that you need to know