The Himachalis are a big fan of Holi and celebrate this festival of colour with zest and enthusiasm. The festival is celebrated quite in a similar manner as in the rest of North India. When it comes to playing Holi, the people of the state are all charged up. Chants of ‘Holi Hai!’ can be heard in every home and street of Himachal Pradesh. The people of all age groups buy Pichkaris of various innovative and creative designs to throw vibrant Holi colours on each other.

The Custom of Holika Dahan: 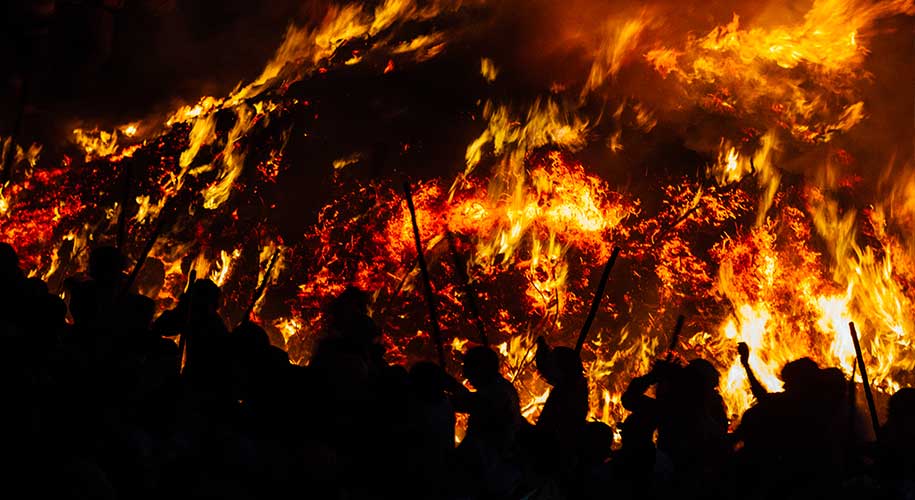 Holi celebrations at every place begin with the custom of Holika Dahan. It is the same in Himachal too. Families, friends and neighbours of Himachal gather around a pyre of wood called Holika and light it at night as a symbol of victory of good over evil. People sing religious songs and distribute sweetmeats. Locals of Himachal also take a piece of the charred wood to their homes after the burning of the pyre as it is thought to be a protector from evil. 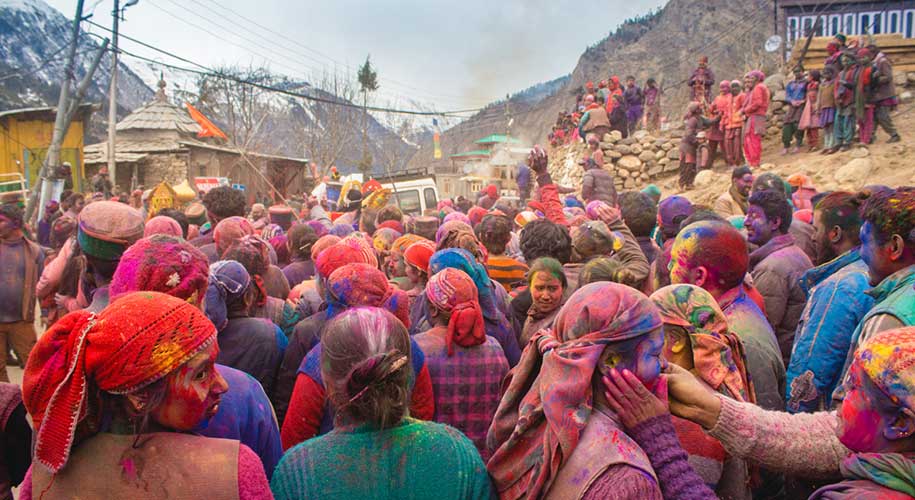 The unique fact about Holi in Himachal Pradesh is that thousands of Himachalis gather at the holy shrine of Ponta Sahib in Sirmour situated on the banks of River Yamuna. People visit this highly regarded shrine on the auspicious day of Holi to seek blessings.

Certain parts of Himachal Pradesh play Holi with a bit of twist of their own. The children and youth come out on the streets to play Ice Holi. They mix a huge amount of dry powdered and wet colours into the snow and then play Holi with it. A snowball Holi fight is an amazing sight to watch and of course, a must-try.

Previous Post: Best Places in India to Travel with Pets
Next Post: 6 Best Places to Explore the Cultural Heritage of India