The Shri Kashi Vishwanath temple in Varanasi is revered by Hindus and is one of India’s most prominent temples dedicated to Lord Shiva. One of the twelve Jyotirlingas, the celestial shrine stands towering on the western bank of the holy river Ganga. Ahilya Bai Holkar built this lovely temple. It is claimed that everyone who visits the temple and bathes in the sacred Ganges would be saved.

But before you plan your trip to the sacred city of Varanasi, here are a few things you must know about this historical city. 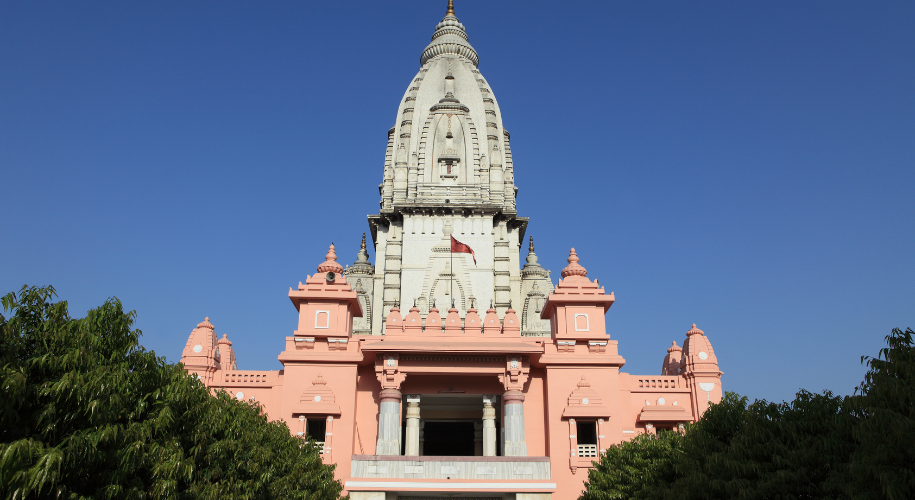 Before its construction by Rani Ahilya Bai Holkar of Indore in 1780, successive kings attempted to repair the monument, which invaders had frequently destroyed. Despite being subjected to countless attacks and resurrections, this demonstrates that the temple has been around for a long time.

The contemporary temple is said to have three domes, two of which are covered in gold supplied by Maharaja Ranjit Singh, the Punjab monarch at the time. Surprisingly, Gyana Vapi (Wisdom Well), an ancient well, continues to recount the story of the distant past. The idol of Kashi Vishwanath was said to be hidden in this well to safeguard it from invasion.

In addition, it is a widely known holy Hindu pilgrimage place. Great individuals like Adi Sankaracharya, Ramakrishna Paramhansa, Swami Vivekananda, Bamakhyapa, Goswami Tulsidas, and others with spiritual qualities have consistently confirmed this reality. Last but not least, it is stated that visiting this Jyotirlinga shrine is equivalent to visiting all eleven of the other Jyotirlinga shrines.

How to Reach Kashi Vishwanath Temple

There are several railway stations in Varanasi. The Varanasi city station is only 2 kilometres from the temple, whereas the Varanasi junction is about 6 kilometres. Another railhead in Mughal Sarai is not far from the temple (17 kilometres). And then there’s Maduadih station, which is even closer (4 kilometres). Almost all of these rail stations are connected to other Indian cities. One can easily hire cycle rickshaws and auto-rickshaws from the railway station’s exit gate.

You can also travel by air to reach here. Babatpur’s Lal Bahadur Shastri Airport is well connected to Indian metropolises like Bombay and Delhi. There are various connecting domestic flights available from Delhi Airport. Tourists from other Indian cities or overseas can fly to Varanasi from the Delhi domestic airport. The temple of Kashi Vishwanath is roughly 20-25 kilometres from the Lal Bahadur Shastri Airport. To get to the temple, tourists can take a taxi, cab, or any other form of public transportation.

Some Interesting Facts about Kashi Vishwanath

Previous Post: The Chitrakoot Waterfalls: Here’s all that you need to know
Next Post: 5 Best Places to Visit in Gurgaon at Night with Friends