Among the most visited states in India, Rajasthan appeases one and all with its beguiling culture, rich history, fascinating monuments, umpteen shopping opportunities and much more. Hordes of travellers, from India and abroad, book cheap flight tickets and unravel the charm of this place, exploring one or a few of its many tourist destinations. If you too are planning a trip to the state, then check out these top holiday destinations in Rajasthan. 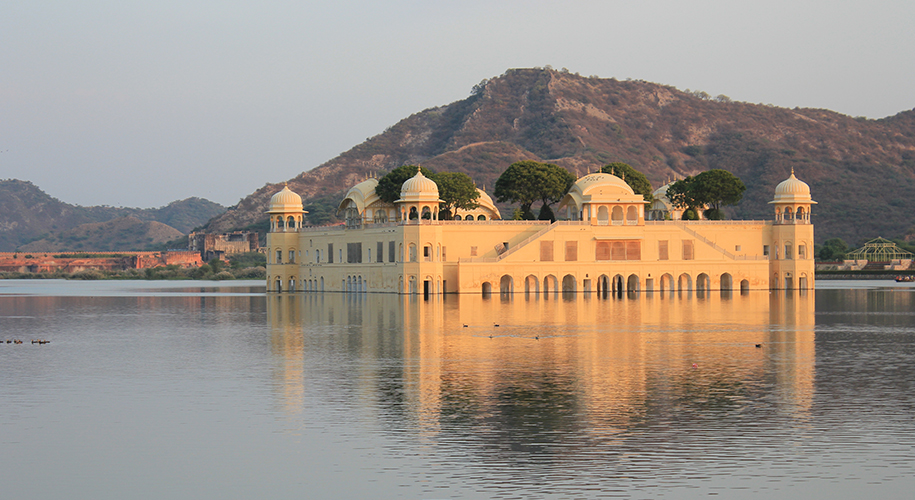 Jaipur, also touted as the ‘Pink City,’ is a heart-warming amalgamation of the old and the new. The state capital, holds within its heart, some of the most magnificent monuments in India. These include Jantar Mantar, City Palace and Amer Fort. It is perhaps the most sought-after holiday destinations in the region. Reasonably priced accommodation, availability of low airfares, and vibrant yet pocket-friendly shopping and dining scenes also make it a great pick for budget travellers. 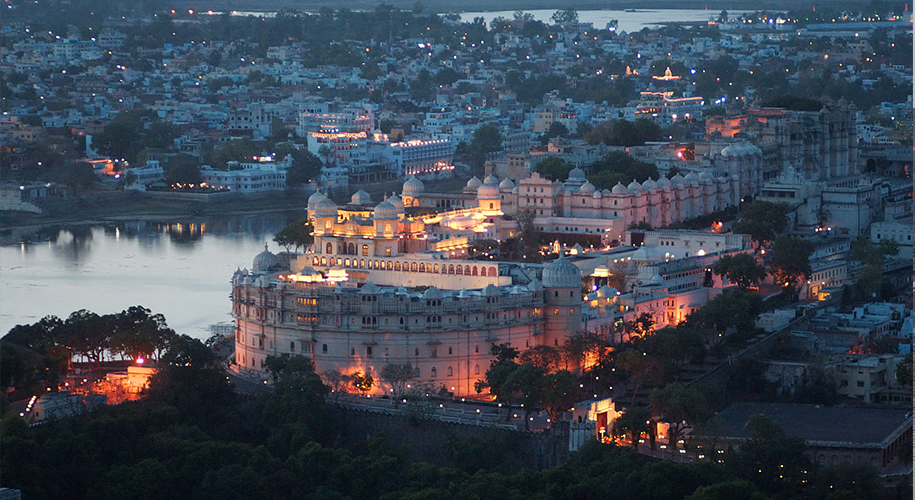 One of the most romantic cities in India, Udaipur has been a hit among couples for a long time. The many lakes that mark its landscape have earned it the nickname – ‘the City of Lakes.’ Among its biggest hotspot is the sprawling City Palace which overlooks the placid Lake Pichola. Jagmandir, Jagdish Temple, Fateh Sagar Lake and Ahar Museum are among the other noteworthy points of interest in the city that make it a must-visit holiday spot in Rajasthan. 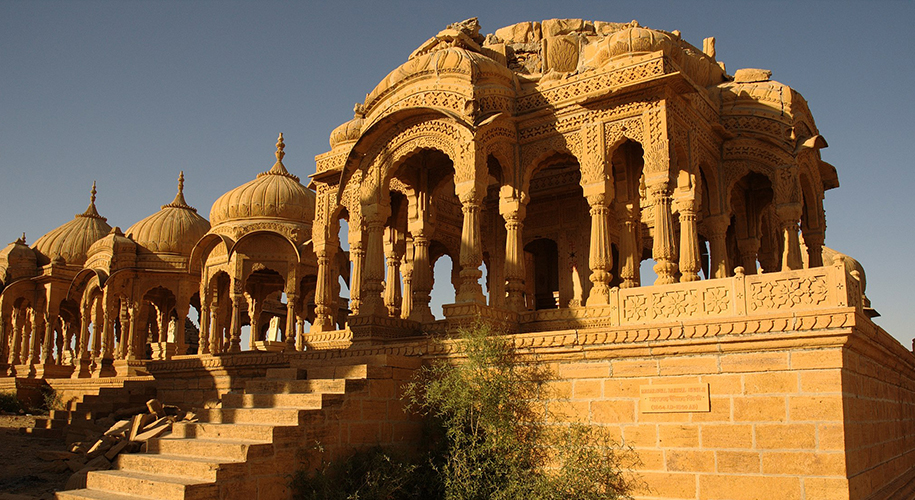 Often overlooked for other well-known destinations like Jaipur and Udaipur, Jaisalmer is a sandstone city in the heart of the Thar Desert. It is a great choice for those who wish to avoid the globetrotters in Jaipur and Udaipur, and still experience the rich history and hospitality of Rajasthan. Do not forget to go for a camel ride, if you ever happen to travel to Jaisalmer. Some of the biggest tourist attractions in the city are Jaisalmer Fort, Patwon ki Haveli, Salam Singh Ki Haveli and Gadisar Lake. 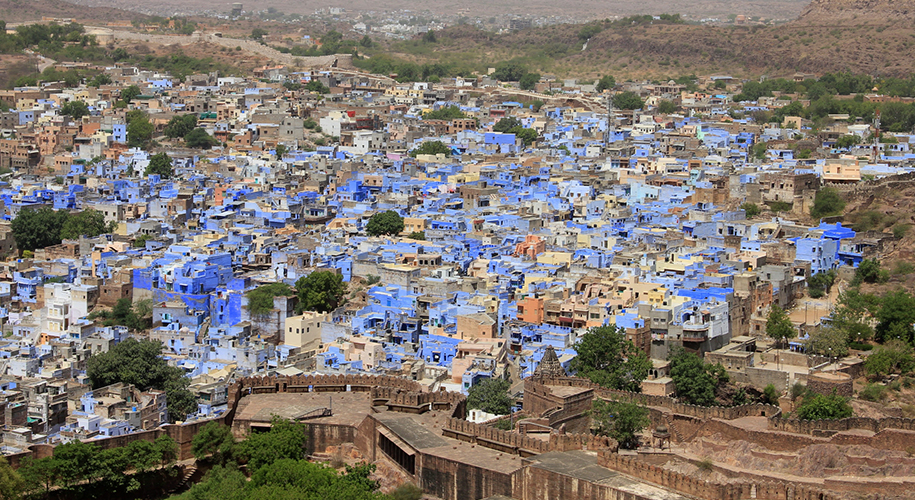 Referred to as ‘the Blue City,’ owing to the many blue-painted houses, Jodhpur is home to one of the largest and best preserved fortresses in all of India. This Mehrangarh Fort, which dates back to the 15th century, is unarguably the biggest attraction in the area and commands panoramic views of the cityscape. Within its thick, imposing walls, it houses numerous palaces and courtyards that offer a glimpse into the royal lifestyle of monarchs of the bygone era. 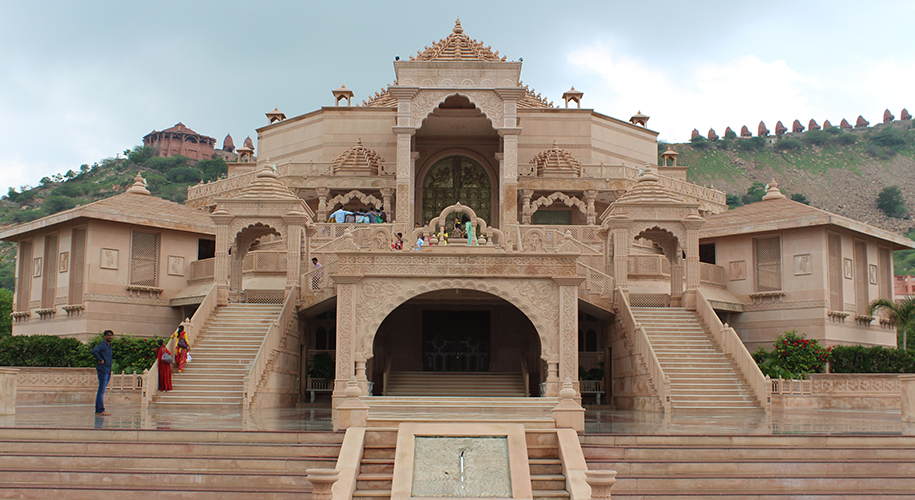 At first glance, Ajmer may not appear to be a holiday destination in Rajasthan at all. However, this small city, located about 130 km from Jaipur, is a great spot for a laid-back vacation while you explore intriguing monuments and other attractions. Ajmer Government Museum, housed in a 16th-century Mughal palace, is home to armours, sculptures and other artefacts. Anasagar Lake, Dhai din ka jhopra, Khawaja Gharib Nawaz Ajmer and Digamber Jain Temple are attractions that will keep you busy during your trip. 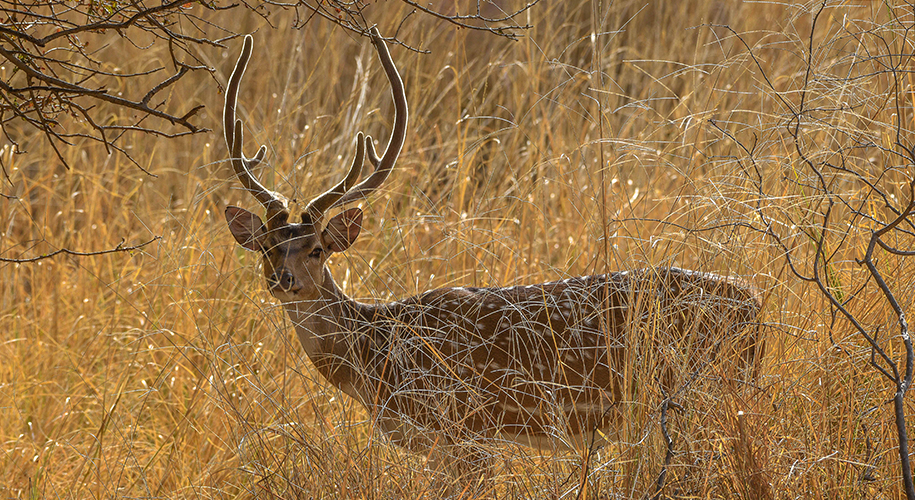 In case you wish to embark on an adventure trip to come across the diverse wildlife of Rajasthan, then there is no place better than Ranthambore. The national park is where you can come across numerous animals in their natural habitat. These include tigers, leopards, striped hyenas, sambar, jackals and more. It is one of the wildlife safari destinations in India and definitely among the top holiday spots in Rajasthan.

The Pushkar city in the Ajmer district of Rajasthan is frequented by a vast number of devotees throughout the year. In addition to that, hordes of tourists also flock the city to admire its many points of interest such as Pushkar Lake, Brahmaji Temple, Savitri Mata Temple and more. Every year, Pushkar Fair, also known as Pushkar Camel Fair, takes place here, which is also a big draw for tourists. Book flight tickets to Rajasthan in November if you want to partake in this grand multiday event.

Many people may not count Alwar amongst the top tourist destinations in Rajasthan. However, the city is home to a wide range of attractions that make it a great pick for a short getaway with family or friends. Bala Quila, Siliserh Lake, Moosi Maharani ki Chhatri and Alwar City Palace are among the top attractions of the city.

Another very significant tourist destination in Rajasthan, Bundi, is often left behind when it comes to curating the list of places to visit in Rajasthan. Situated 210 km from Jaipur, the city was once home to the native tribe of Bunda Meena and hence the name. This amazing city is known for its majestic forts, baoris (step reservoirs), serene lakes and ancient architecture. Nawal Sagar, Dabhai Kund, Sukh Mahal, Taragarh Fort and Bundi Palace are some of the famous attractions located here.

The gorgeous city of Bikaner was founded by Rao Bhika and the Nehra Jats. Decorated with amazing temples, magnificent forts and gorgeous palaces, the place is also known for its Camel festival held in January or February. If you are an art lover, you can witness the local art forms of Usta and Chadwa, which boasts floral and geometric patterns. The major attractions of this place are the Junagarh Fort, Lalgarh Palace, Laxmi Niwas Palace, Karni Mata Temple, Laxmi Nath Temple and the famous Bikaner Camel Festival.

Are you seeking the best places to visit in Rajasthan? Bharatpur is an amazing city once known to be unbeatable or unwinnable. Situated in the Braj region of the country’s jaw-dropping state of Rajasthan, the city is divided into more than 50 wards. The town sits at an elevation of about 600 ft. above sea level. The city is affectionately called with other names like “Lohagarh” and the “Eastern Gateway to Rajasthan.” The place is the indisputable home to a wide array of flora and fauna, taking shelter in the famous Keoladeo National Park. The place is a must-visit for all nature lovers and wildlife enthusiasts who wish to explore the wild side of Rajasthan. If you are travelling with family and friends, you can enjoy a picnic near the Kakund River.

If you are in the mood to spend a few languid days at a hill station, then Mount Abu is the perfect place to visit in Rajasthan for you. Famed as the only hill station in the state, Mount Abu draws holidaymakers from near and far with its salubrious weather. The cherry on the cake are the many tourist attractions that keep people occupied during their holiday here. These include Nakki Lake, Dilwara Temples, Toad Rock, Honeymoon Point and Sunset Point.

Looking for a lavish retreat in Rajasthan with your better half? Then book a luxurious hotel room at Neemrana Fort-Palace and get ready to let the love soar. The 15th-century monument has been turned into an opulent hotel to give travellers a taste of luxury of the bygone era. It is a great place to visit in Rajasthan for those looking to escape the tourist crowds.

Unless you are planning to partake in an event or festival, the best time to visit Rajasthan is between the months of October and March as the summer season can be a little too hot here. During winters, you can conveniently explore the many points of interest in Rajasthan without any hassles.

So, these are the top holiday destinations in Rajasthan. Pick one, book flight tickets and hotel rooms on HappyEasyGo and start preparing for a marvellous trip. Do not forget to check out the free flight booking cancellation/rescheduling option.