In an effort to support the declining tiger population in India, several tiger reserves have popped up on the map of the country over the past few decades. These protected areas also give people a chance to behold this magnificent animal in its natural habitat. However, owing to the vast number of these tiger reserves, one can be left spoilt for choice to pick one destination and plan a trip to see a tiger from up-close. But fret not, as we are here with the perfect solution. We have compiled a list of the best places to see tigers in India that almost guarantee you an encounter with the ferocious creature. Without taking any more time, let us get to this list. 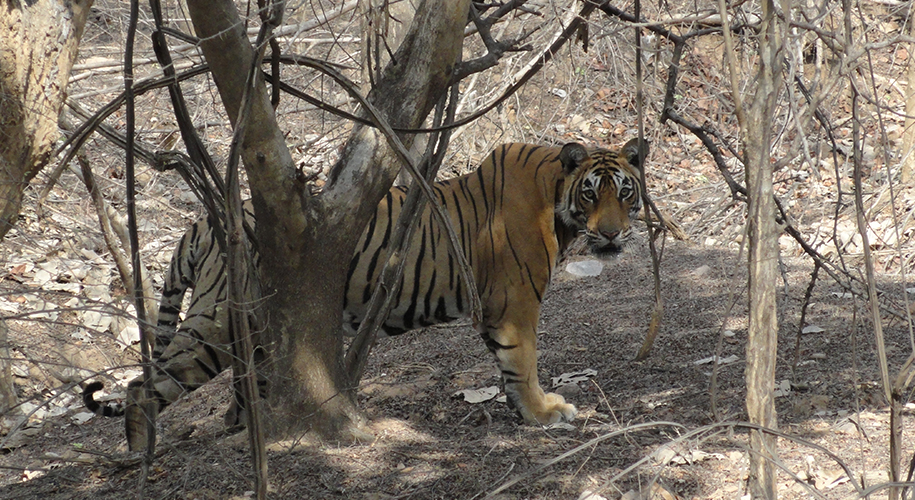 Spanning over 1300 square kilometres, Ranthambore National Park is one of the largest protected areas in the country. Tiger spotting in Ranthambore is one of the most famous activities to do. The area started off as hunting grounds for the Maharajas of Jaipur and was even visited by Queen Elizabeth II and Prince Philip in the early 1960s, apparently to hunt for tigers. The park is dotted with ancient monuments that are now a haunt for leopards, tigers and other animals.
How to reach: You can book cheap flight tickets to Jaipur, which is about 147 km away. 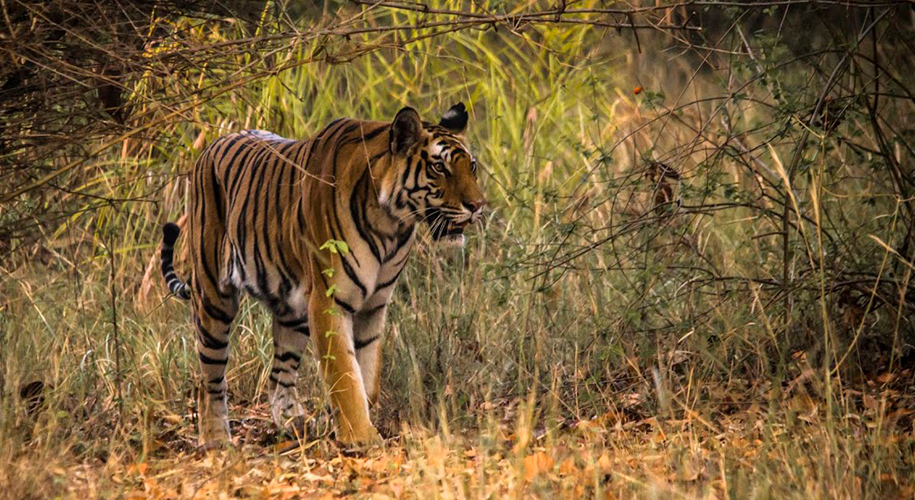 It often happens that you go on a wildlife safari in a tiger reserve and do not cross paths with a wild cat. However, the chances of that happening in Bandhavgarh National Park are quite slim as it boasts one of the highest densities of tiger population in the country. Spanning about 100 square kilometres, the core area of the park is home to about 50 tigers. It was also once home to the rare white tiger, one of which was captured in 1951 by Maharaja Martand Singh of Rewa.

How to reach: About 153 km away, Jabalpur Airport is the closest airport to Bandhavgarh National Park. 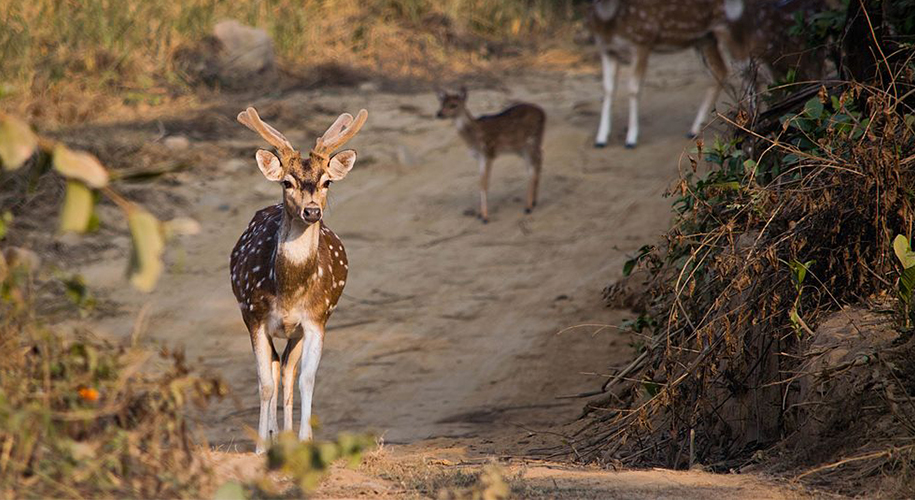 Jim Corbett National Park is one of the most sought-after wildlife safari destinations in India and rightfully so. It has the accolade of being the place from where the highly ambitious Project Tiger was launched in 1973 to revive the tiger population in India. That’s not all! Established as Hailey National Park in 1936, it was also the first national park in the country. Today, thousands of wildlife enthusiasts from near and far flock to this place every year primarily to come across a tiger in the wild. Besides, the 500-square kilometre park at the foothills of the Himalayas in Uttarakhand is also a great place to come across jackal, sloth bear, leopard, Himalayan tahr and barking deer. The Bijrani Safari Zone is the best zone for tiger sighting in Jim Corbett.

How to reach: The nearest international airport is in Delhi, about 232 km away. 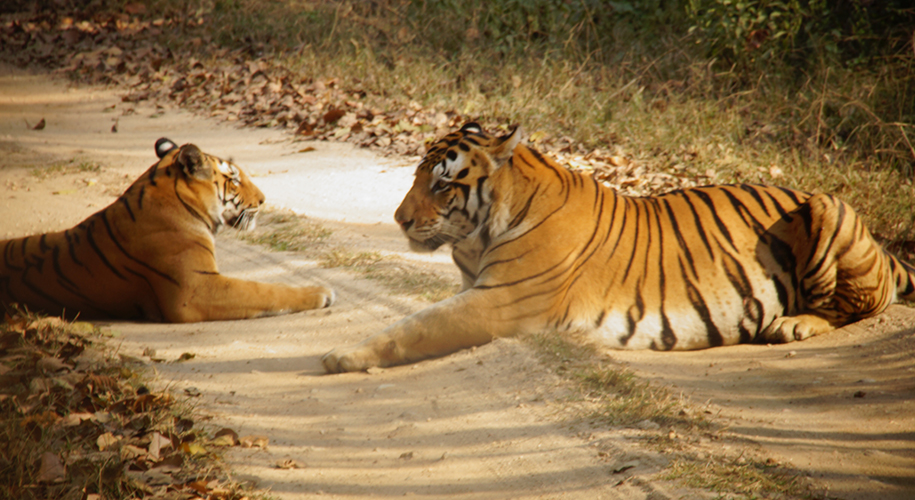 Kanha National Park, the largest wildlife area in Madhya Pradesh, is also among the finest tiger reserves and tiger safari national parks in the country. Moreover, this is the place “The Jungle Book” by Rudyard Kipling is based on. The park offers umpteen opportunities to spot tigers in the wild. The picturesque landscape of the place will add to the fun quotient of your jungle safari whenever you visit this place. Blackbucks, jackals and striped hyenas are among the many other animals you can spot while exploring this area.

How to reach: You can book flight tickets to Jabalpur Airport and cover the remaining 130 km by cab. 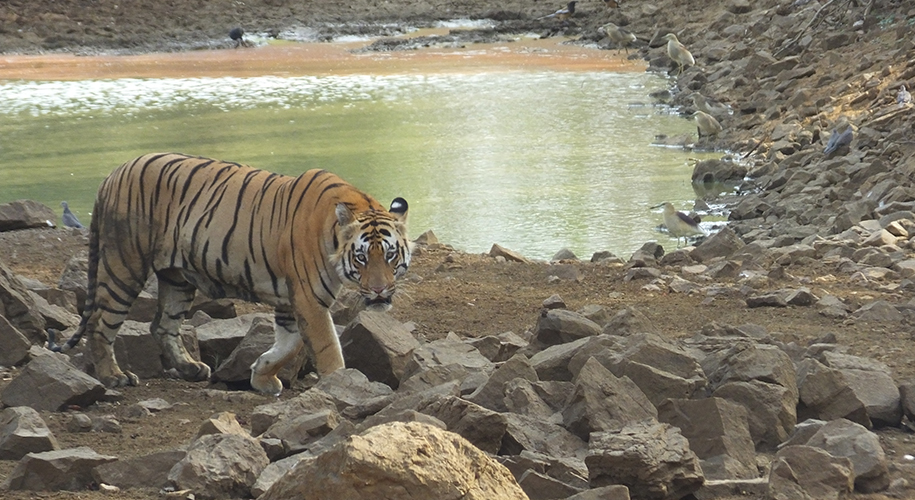 Tadoba National Park is Maharashtra’s oldest and largest national park. It is also one of the most loved wildlife safari destinations in the region with an intriguing flora and fauna. Tadoba National Park was established in 1955 and later merged with the adjoining Andhari Wildlife Sanctuary to form the 41st tiger reserve in India in 1995. Tigers, panthers, hyenas, sloth bears along with several reptile and bird species can be spotted during a wildlife safari in the park.

How to reach: Dr. Babasaheb Ambedkar International Airport in Nagpur is the closest airport to this wildlife area.

Hemis National Park is located in the eastern part of the J&K region of Ladakh. This is a small national park with a significant population of world-famous snow leopards. This location will provide you with an exciting and soul-satisfying experience, as well as a variety of other activities. In this area, white tiger spots are very popular.

So, where do you want to see a tiger first? Book your flight ticket and resort on HappyEasyGo for a trip that is not only delightful, but also fits your budget. We have amazing deals on hotel rooms that help you save whenever you travel for business or leisure.