India is an incredible and beautiful country with lots to offer to tourists seeking the best of history, nature and culture. If you are under the thought that you have covered it all, you are missing some major and unique attractions of the country. The majestic mountains, lush greenery, pristine beaches, magnificent temples and rich culture of some of the unique places in India must be explored during your travel in this nation of diversity. The quirky and interesting history and culture of these places will leave you awe-struck. So travellers, quench your thirst for excitement and adventure by visiting these unique places in incredible India – 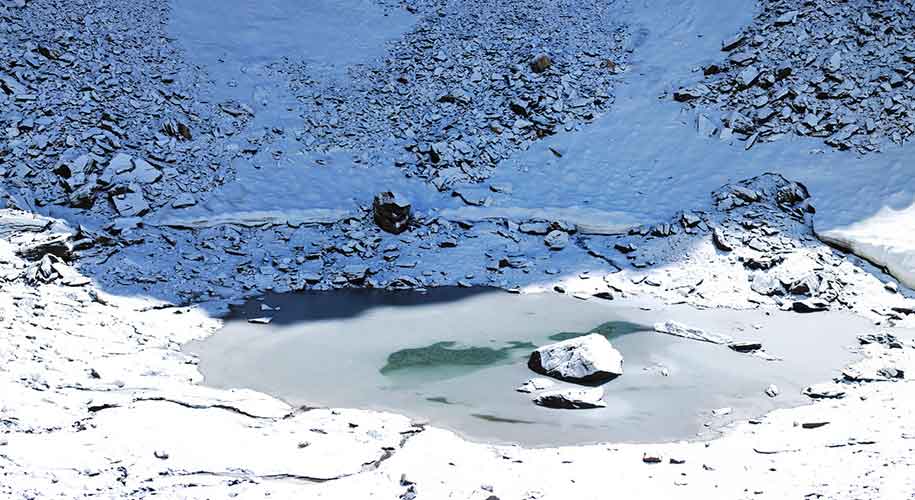 Perched at a height of 5,029 m (16,500 ft) above sea level, Roopkund is a glacial lake situated in the Indian Himalayas. Snow-capped mountains and rocky glaciers circle the lake. The major attraction of this place lies beneath the surface. It is said that around 600 to 800 human skeletons are buried beneath this glacial surface. Legends believe that these are the remains of a Kannauj king and his entourage who died in the 9th century. The bones can be seen once the lake melts. To reach Roopkund, you must grab flight bookings to Uttarakhand and then trek from the Lohajang Pass, crossing several villages, glacial valleys, and mountain pass to get to your destination. It is among the most challenging treks in India. 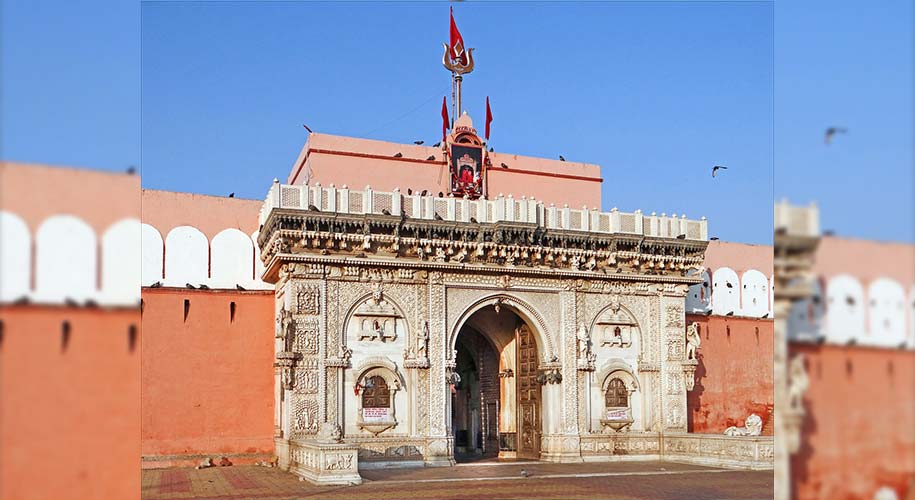 Karni Mata Temple is a unique shrine in Rajasthan. It is dedicated to Goddess Karni, who is said to have manifested herself into rats. What’s unique about the Karni Mata Temple is that it is home to more than 20,000 rats known as kabbas. These rats can be seen roaming freely around the temple and drinking milk from a huge bowl. Devotees of the temple can only have the ‘prasad’ once it is offered to these rats. It is considered sinful to trample or kill the rats of the temple. If you happen to step on a rat by mistake, you will have to offer a silver or gold statue of a rat to the temple as atonement.
Witnessing white mice in the temple (which is rare) is considered to bring you good luck. So, do not forget to visit this amazing and unique temple and capture some unique memories. 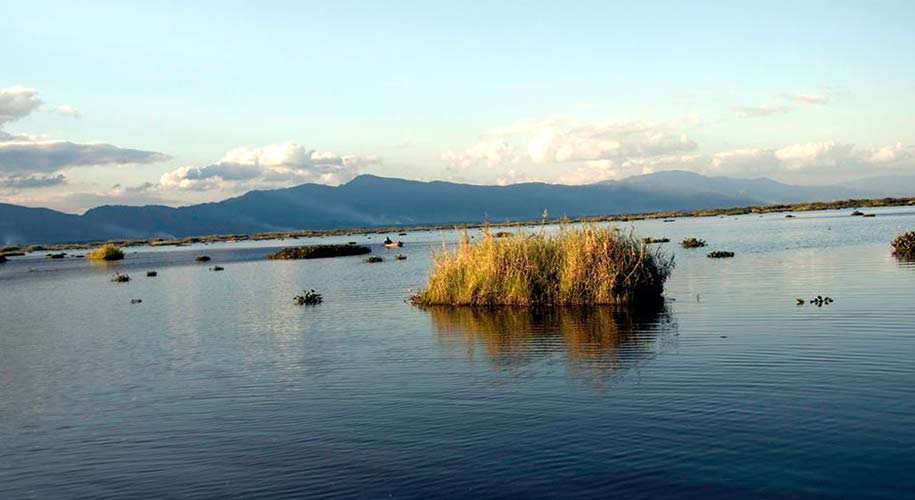 Grab your hotel bookings in Manipur to witness the world’s floating lake, Loktak Lake. The unusual Loktak Lake is the largest lake in North East India. It is a cluster of floating phumdis, organic matter, vegetation and soil. These are the only masses found on this body of water. This unique lake covers an area of 300 sq. m. and is a livelihood for the local inhabitants. This amazing lake is also home to the world’s only floating national park, Keibul Lamjao National Park. The protected area is a habitat for local wildlife such as sangai Manipuri deer, jungle cats, snakes and 400+ other animal species. It is also home to around 100 species of birds. So, the next time you visit Manipur, this place should be on your must-visit list. 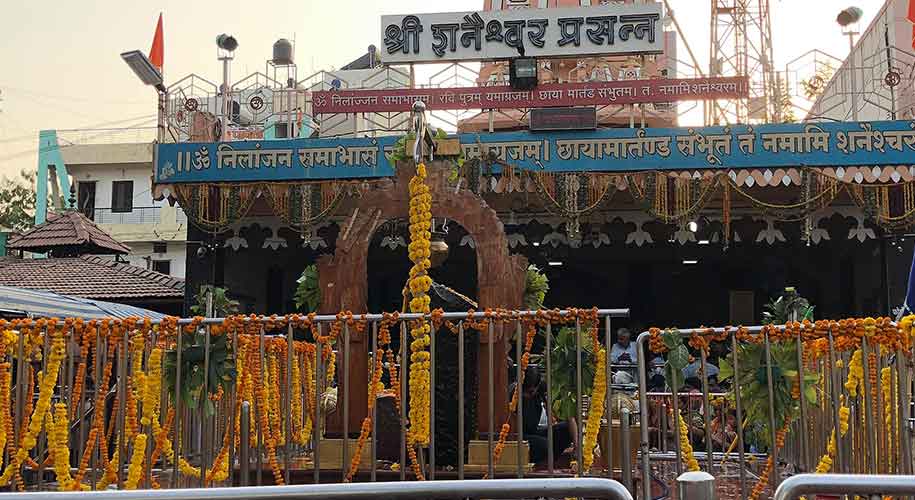 Shani Shingnapur in Maharashtra is among the most unique places in India. The place is popular as a village without doors. Yes, you got us right! The houses in this village have no doors or gates at all. Even though the houses here are without doors, the locals of the village have no fear of theft or any other mishap. The locals lack this fear of theft due to their belief in Lord Shani, who they believe, resides here and protects them from all evil. No matter what religion they belong to, the locals of this village have been practicing this no door practice for the last 350 years. Sounds amazing? Then, add this village to your list of must-visits in India. 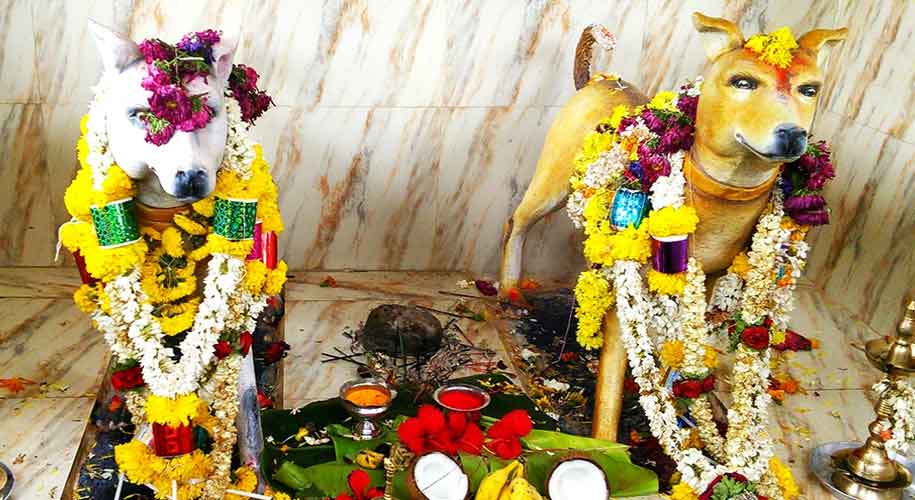 Dogs are the most trustworthy animals and are loved by all. They are indeed the most beautiful gift from God. Channapatna Dog Temple in Karnataka honours these man’s best friends. The Dog Temple is located in the Agrahara Valagerehalli district in the city of Channapatna, also called the town of toys.
As per history and legends, the existing Kempamma Temple in Karnataka was built by a wealthy businessman in 2010 as a dedication to Goddess Kempamma, who was worshipped widely. One day, two dogs from this place mysteriously disappeared. It is said that the goddess appeared in a villager’s dream and ordered him to build a dog temple to drive away from the negativity in the area and protect the people of the village. After this, the dog temple was built near the Kempamma Temple. The temple houses the statues of the two lost dogs. There is a festival held every year in the village to honour the dogs. So, book your air tickets to Karnataka and visit this unique temple if you are a dog lover. 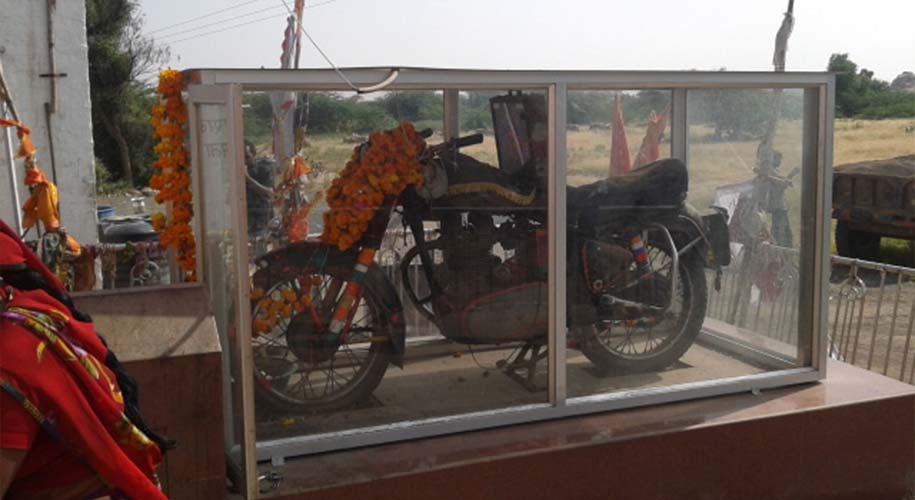 Among the most unique places in India, Rajasthan’s Bullet Baba or Om Banna is a must-visit. The temple has left its devotees spellbound with the deity of a Bullet Bike. Several devotees and travellers visit this temple before going on a journey to protect themselves from any accidents or obstacles on their way. This quaint shrine is situated in the Pali district of Jodhpur, Rajasthan. This bullet bike that is worshipped in the temple once belonged to Om Baba, who met with an accident and died at the very moment. It is said that every time the police tried to move the bike, it miraculously landed in the same spot as the accident. Now a shrine is built in the very same spot, and the bike is kept at the spot to be worshipped, especially by the travellers. 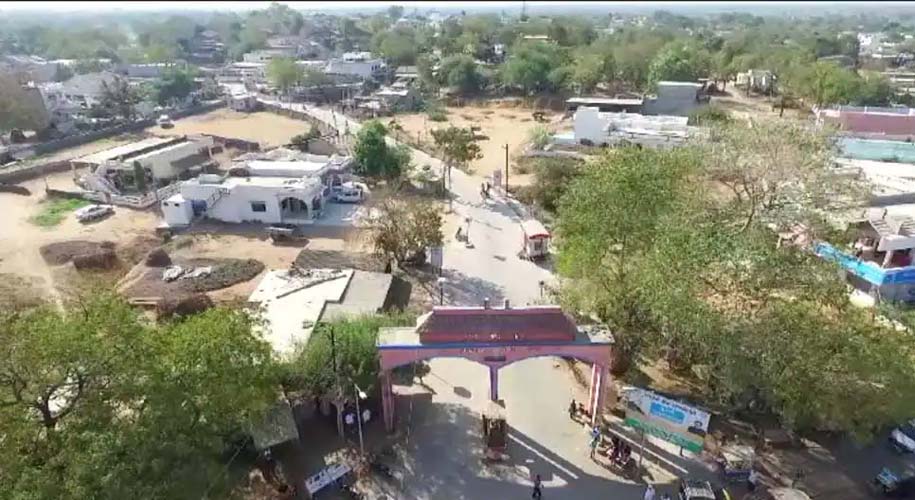 What strikes first to you when you think of a village? Narrow potholed streets, no drainage system, no electricity and poorly built pathways. The Punsari Village in Gujarat will break all your myths about a village. Located about 90 km from Ahmedabad, this village is enveloped by fresh air. It is popularly called a model village. You can see all the amenities in this village that will surely give you the vibes of a developed city. Speaking of amenities, the village has round-the-clock water and electricity supply, WiFi, CCTV’s and speakers. The schools of this village are equipped with AC classrooms and CCTV cameras. This unique Indian village is modern, technologically advanced and one of its kind.

To visit these unique Indian places, you can book flights and cheap hotels from HappyEasyGo and save more on your trip.

Previous Post: Best Travel Destination for College Students in India
Next Post: 13 things to do on your first Andaman Tour